Eligibility : 10+2/Graduation in Any Stream 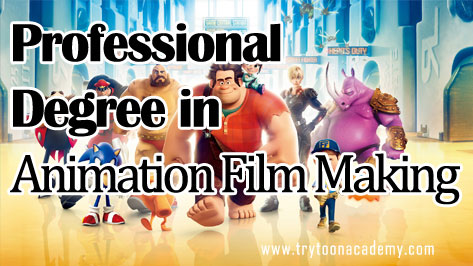 Semister-VI
6 Months: Specialization, Show Reel Preparation, Projects To enable students to get more time for showreel preparation, Sony Vegas /Sound Forge can be done within the 2 months module of After effects & DF. Also, students have to start working on their showreels from the start of the Specialization module itself, which gives them 3 months to prepare their SR